US Air and Service Dogs 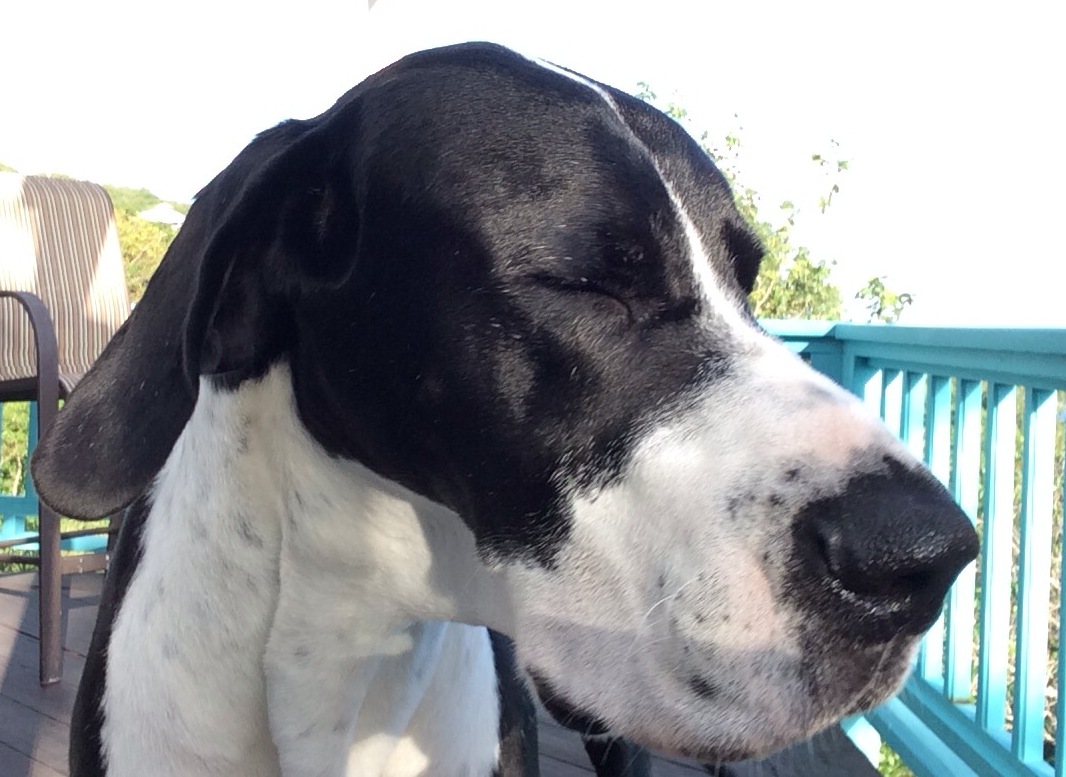 After I noted all the must-see’s in the travel guide, I made an inventory of might-be trip challenges ahead. I admit I was concerned about flying (always interesting, particularly with a giant dog) to the Caribbean (my first time!) to spend Christmas (BIG holiday with potentially big stresses) with family.

My intention was to keep the challenges of travel – particularly with a service dog – to a minimum. 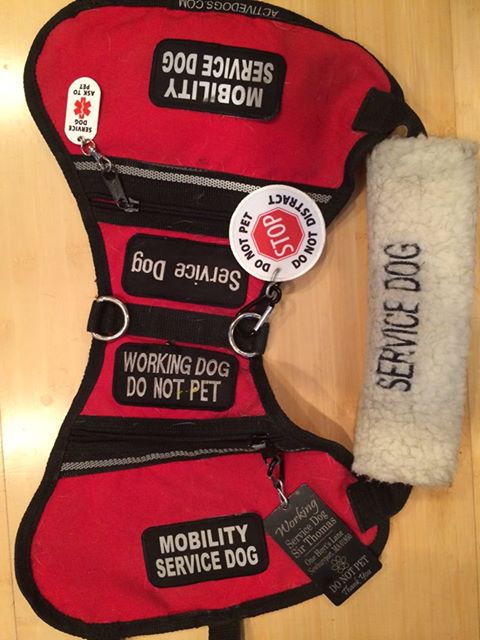 With this in mind, I set out to be organized and prepared. I kept a folder of island highlights as well as do-not-forget scribbles (sunscreen! dog food for the plane!). I also adorned Tommy’s vest with another Do Not Pet badge and tucked and a copy of his rabies certificate in the side pocket. With a focus on minimizing distractions, I planned and predicted. I was ready with my Here’s-how-you-can-tell-when-he’s-working talk for the dog-loving relatives we were staying with (so they knew when it was – and wasn’t – a good time to pet him). I even gathered my husband and son together to decide in advance how to answer the common airport and restaurant question, “What’s his name?” (We settled on “Hercane,” which caused a secret smile among us each time the pun was missed and the person repeated, “Hurricane. Hi, Hurricane.”)

Armed with my folder of organization and preparedness, we headed for the airport. Hands reached out, strangers made kissy sounds, many asked his name, others his breed. No  problem. In my calm voice, I explained to Tommy where we were and what I expected of him. Tommy stepped along beside me. On the plane, compliments and cameras surrounded him. No problem. He lay on the floor by my feet, my husband gently petting his head. I told him in a soothing voice that all was well.

The van ride produced some serious drool and panting, but Tommy didn’t hesitate to load back up for the next outing. The only patch of grassy area at the house that wasn’t at a rakish angle allowed for a two strides from end to end. No problem. Tommy conducted his business on command. He remained in his down-stay at one restaurant despite the floor of brick and puddles. He’s the first dog I’ve seen on the beach stretched out on a towel in a shady section of sand while shell-seekers, snorkelers and small children stepped and splashed past him.

Such a good boy, I murmured each time he proved himself, again and again, to be such a good boy. When I considered how few problems arose throughout the trip, I realized that Tommy knew nothing about my organization and preparedness.  He knew my voice. 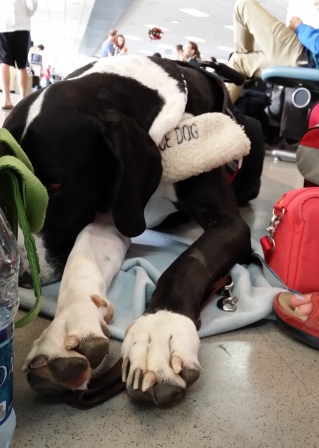 I think I knew that. I talk to him throughout the day. He talks to me, too, through his body, the tilt of his head, those soulful eyes. Our connection has grown well past the handle on his vest. We talk. Oh, and I mentioned the folder to him. I told him I’d thrown it into the bottom of the suitcase.