Spencer gets a training vest

A+ to Spencer on his first day of puppy school. Despite being a 1000-percent wriggly, bouncy pup, he was taking it all in. Just look at his ears. Follow the way he points them and it's easy to see where he's focused. With all the smells, jumps, and hoops, voices - and, wow, other puppies, too - he did spend a few moments observing. The other pups had a month or two on him, and had been to classes several times. He seemed to sense that. Look at his ears as he watched his elders darting through tunnels, up-up'ing onto doggie tables, and perfecting their recall working with humans.

When it was his turn, he didn't hesitate. Run inside a long tube, no problem. Through a tire, check. He even managed to walk in step with Renee despite the distractions. Free time at the end of class was another story though. His youth showed. While other pups zipped around, running like grown dogs, Spencer toppled, rolled, and puppy-butt-up bounced his way around the gym. He was having such fun. The next few classes should give him the opportunity to observe that they know where their bodies are and which direction their legs are going. 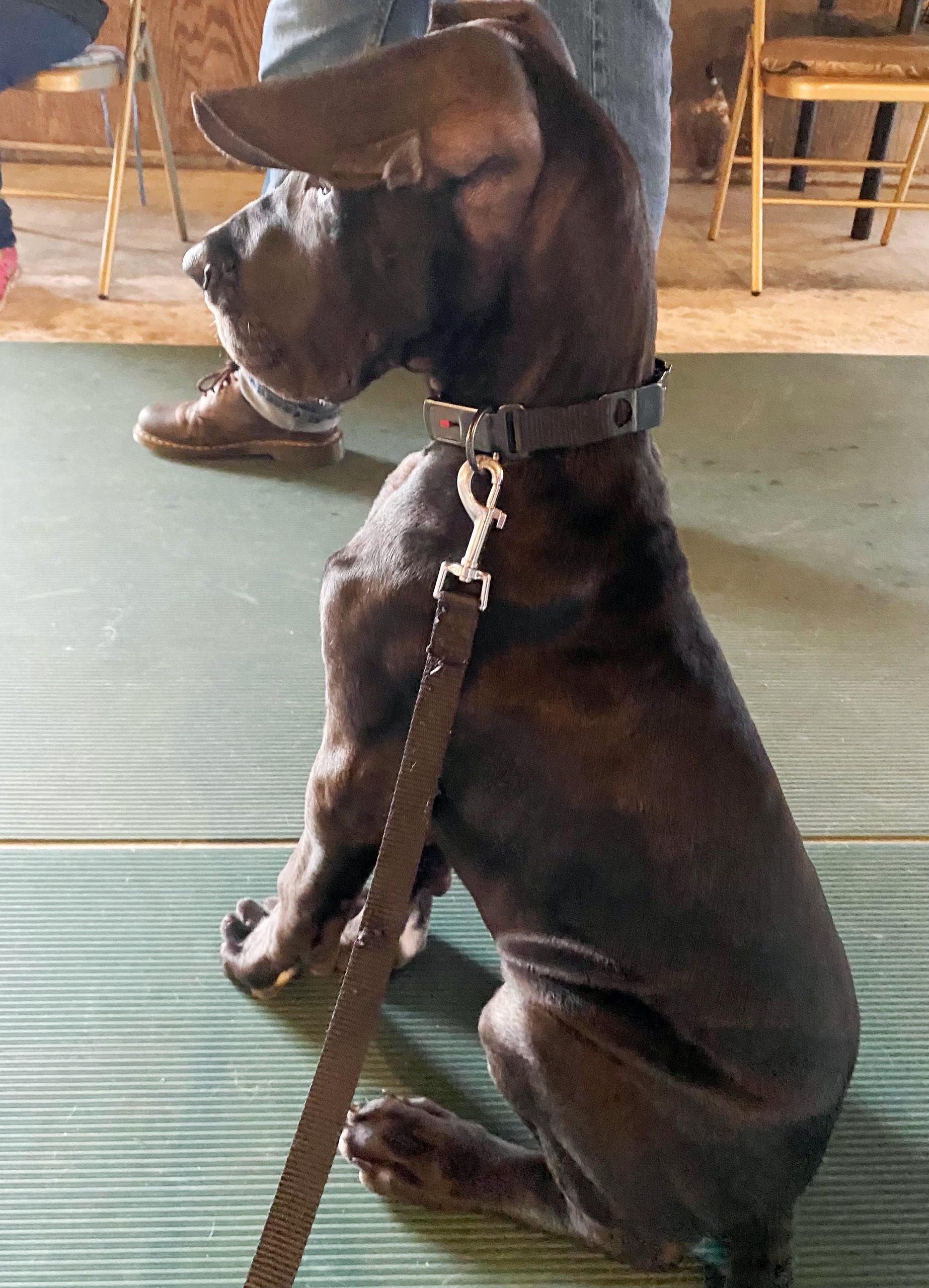